Chinese calligraphy, or the art of writing 書法, was the visual art form prized above all others in traditional China.  It was revered as a fine art long before painting. The essential tools are brushes, ink, paper, and ink stone.

Mr. Siao continues to practice Chinese calligraphy daily, for two to three hours.  He has won numerous awards.  In 2003, Mr. Siao won the Two Wang Calligraphy Competition (Wang Xizhi王羲之 , Wang Xianzhi王獻之) in Shanghai, where he was one of 267 award recipients out of over 11,000 participants.  His works are exhibited in many museums in China. 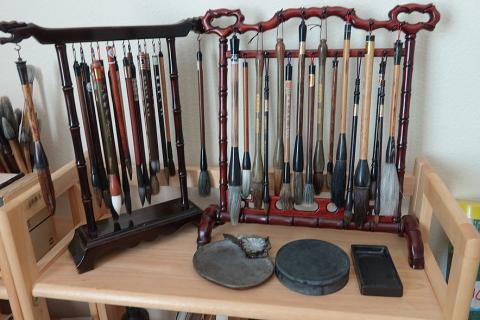